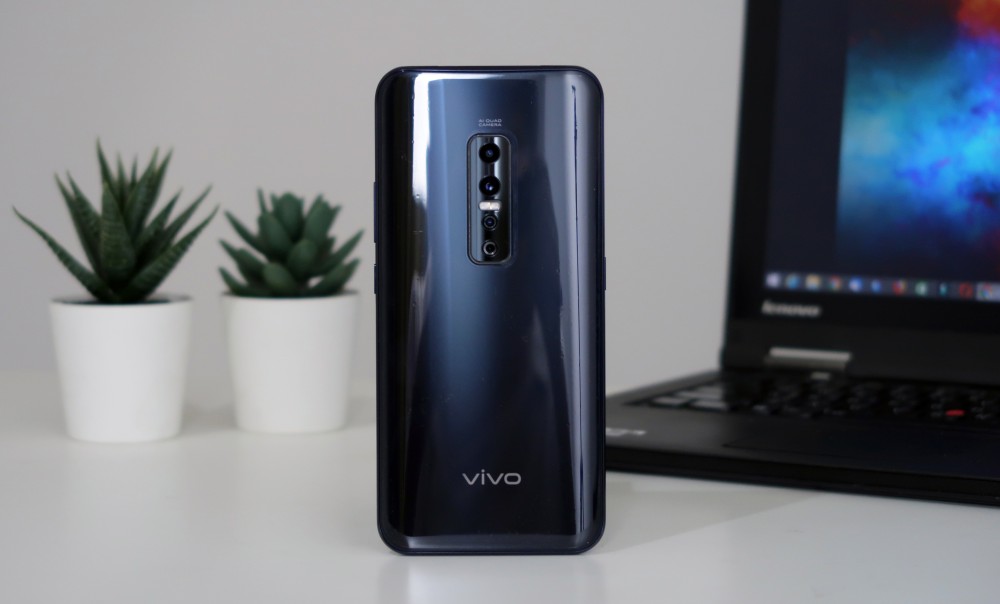 Vivo V17 Pro has a variety of features such as a 32MP dual front camera style Dual Pop-Up Selfie with Super Night Selfie and a 48MP AI Quad Camera on the rear camera equipped with AI features and Super Night Mode!

Vivo V17 Pro uses Funtouch 9.1 which runs on Android 9 Pie, offers a screen resolution of 1080 x 2400 pixels which carries Super AMOLED technology when taken to play games such as PUBG, Homescape, Mobile Legend V17 Pro can provide good graphics and when watching Netflix videos or YouTube with high resolution can spoil the eye with a treat of sharp colors, good brightness levels and pleasing to the eye.

For color tones on the cellphone screen, users can choose their own brightness level settings or can be automatically adjusted according to the room light. There are also menu options such as Eye Protection, Dark Mode, Auto lock, Rotation lock, Font Style, Font Size, Screen colors, to Low Brightness anti-flicker.

The touch screen response of the Vivo V17 Pro Price is very good and very smooth when browsing the internet or social media. The fingerprint feature embedded in the screen also works well and is very fast which Vivo claims can recognize it in 0.39 seconds.

Not to forget, for gaming enthusiasts the V17 pro provides Game Cube features such as picture in picture, where when the user plays when a message comes in, he can reply without having to leave the game.

Running many applications at once, the V17 Pro is relatively fast without lagging from browsing the internet, communicating, accessing social media, then playing heavy games like PUBG and Mobile Legend, it feels fast and smooth. Even hours of use, this cellphone is still in normal condition without releasing excess heat.

try to test with a benchmark application. In the Antutu test, the Vivo V17 Pro scored 179134.The 4,100mAh mAh battery in our test lasted a whole day or more for normal use, social media, chat, and the occasional game. However, if it is used continuously non-stop, the battery will certainly run out faster, but charging it won’t take long because the V17 Pro has 18 watts of Dual-Engine Fast Charging technology, which makes charging faster. When the battery is 0% it takes 20 minutes to reach 30%

With this resolution, this camera is capable of producing good, natural and clear image quality both indoors and outdoors.

Even in low light conditions, the V17 Pro is also able to give these good results because the V17 Pro has a night mode feature. Then for the back photo effect with blur or bokeh is also okay. Other features include Portrait, Panorama, Food, Live Photo, Slow-Mo, Pro, AR Stickers, Jovi, HDR.

For the colors from the camera’s own results, the V17 Pro sometimes makes it too excessive, not in accordance with the original object, for example, such as activating the food mode or the color food that is issued tends to be brighter so that it looks unnatural, but on the contrary if the mode is turned off the result is even better.

Switching to the front camera, this is what makes the V17 Pro interesting with two Pop Up cameras so that the total camera owned is six camera lenses. Claimed by Vivo, the pop-up camera is the first cellphone to carry this technology with a 105-degree viewing angle.

Tried when the front camera is activated in seconds, it will appear with sound effects that can be adjusted by the user. This camera with 32 MP f / 2.0 + 8 MP f / 2.4 resolution each, users will also be spoiled for a row of front camera features ranging from bokeh mode, night, wide angle, beautify, live photos, stickers, and portraits.