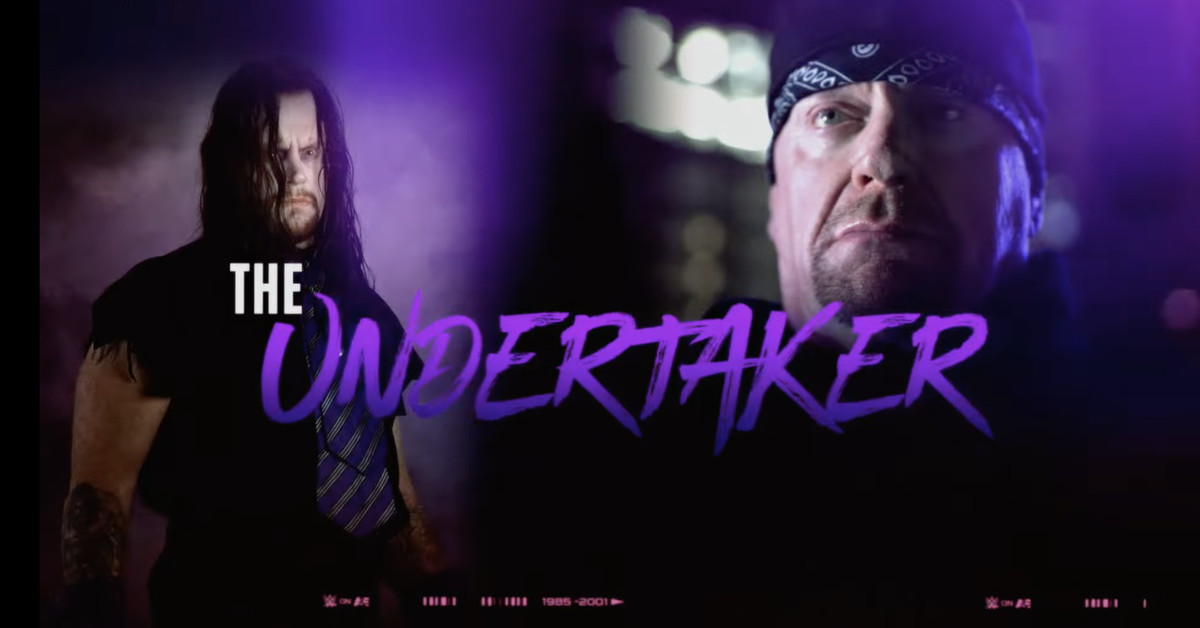 After a successful first run of sports entertainment-themed programming, WWE and A&E expanded their partnership for 2022. They announced the latest run of new shows will start on July 10, and in addition to new Biography: WWE Legends episodes, Sunday nights will also feature WWE Rivals, a Freddie Prinze, Jr.-hosted series about great wrestling rivalries, and WWE Smack Talk, an aftershow with Booker T, Peter Rosenberg & Jackie Redmond.

The trailer for the new run of Biography epsiodes — which starts with The Undertaker — is above, and the presser has an official description for each show:

WWE on A&E is back! Starting Sunday, July 10 at 8pm ET/PT, A&E Network and WWE are bringing fans into the ring with 9 weeks of all-new programming featuring intimate looks into the lives and careers of some of WWE’s most iconic Legends. With unprecedented access to WWE’s archive, season 2 of “Biography: WWE Legends,” new series “WWE Rivals,” and new after show “WWE Smack Talk” air back-to-back each Sunday. The premieres are part of an ongoing partnership featuring 130 hours of new, premium WWE-themed series and specials commissioned by the network to air exclusively on A&E platforms and to be distributed worldwide by A+E Networks.

Under the award-winning “Biography” banner, each two-hour episode will tell the intimate, personal stories behind the success of some of WWE’s most memorable Legends and events. Through rare archival footage and in-depth interviews, each episode explores a different Legend and their immense impact in the WWE universe and on pop culture. Legends featured this season include The Undertaker, Goldberg, The Bella Twins, Lex Luger, Edge, Kurt Angle, Rey Mysterio, D-Generation X and a look at the iconic first-ever WrestleMania.

Actor and former WWE writer Freddie Prinze Jr. leads a roundtable discussion of WWE luminaries to delve into the storylines and dynamic characters behind the epic battles that built the WWE. Each one-hour episode features archival footage from WWE’s library as well as interviews with the Legends involved and the Superstars that watched these rivalries unfold. Rivalries featured this season include “Stone Cold” Steve Austin vs. The Rock, Bret “The Hitman” Hart vs. Shawn Michaels, The Undertaker vs. Kane, John Cena vs. Edge and the “Monday Night Wars” between WCW and WWE.

Featuring WWE Legend Booker T, Hot 97 and ESPN host Peter Rosenberg and WWE host Jackie Redmond, each half-hour after show episode breaks down the biggest moments from each Sunday’s episode of “Biography: WWE Legends” and “WWE Rivals” as well as reveals new information that didn’t make the cut. Along the way, Booker, Peter and Jackie will welcome WWE Legends, current Superstars and other celebrity guests to further discuss the night’s events.

No mention of WWE’s Most Wanted Treasures, the AJ “Top Dolla” Francis-hosted memorabilia show that was part of the initial announcement about the expanded partnership.

WWE has a hand in producing these, so you’re getting Vince McMahon’s version of wrestling history, which never paints his company in too unflattering a light. Still, they’re extremely well-produced and entertaining. They were also obviously successful enough to merit all this new content.

Who’s adding this to their weekly wrestling diet?