The ability to pick winning stocks cheap is key to investment success, of course. But the ability to avoid expensive stocks that can decimate your capital is just as important. By quickly eliminating companies that may underperform, investors automatically increase the potential profits on their winning picks.

There are many reasons why a stock may become prohibitively expensive, such as shady operations, questionable prospects, and excessive speculation. If there is truly another market crash right around the corner, then be sure to get out of these three stocks before it hits. 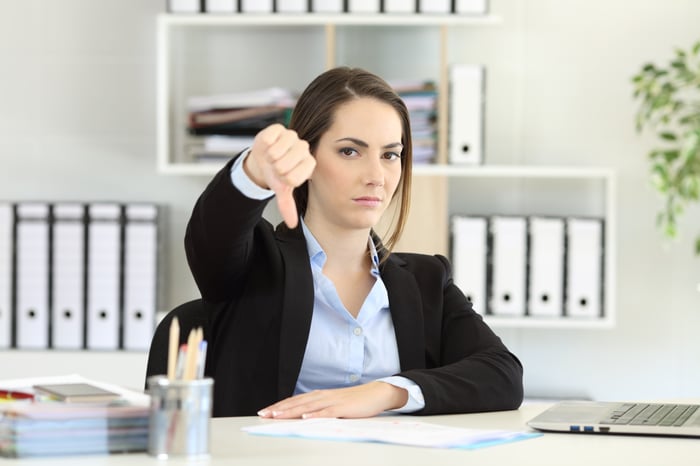 Nikola (NASDAQ:NKLA) is an electric vehicle (EV) company embroiled in controversy after the financial community finally placed several of its ludicrous claims under a magnifying glass. Last year, the company captivated public attention with the announcement that it had developed a type of battery that provided twice the amount of energy per unit volume while weighing 40% less with a cost only half that of competitors’ technology.

Fast-forward 11 months, and the company has yet to disclose which university it partnered with to develop the technology or the basic chemical composition of its battery, as industry norms would have dictated. That’s not all; Nikola claims that it currently has more than 14,000 reservations worth $10 billion in potential revenue for its electric semi-trucks (set to enter production in late 2021), and that freight company U.S. Xpress Enterprises (NYSE:USX) is among its major customers.

However, short-sellers Hindenburg Research reported that U.S. Xpress’s orders account for more than one-third, or $3.5 billion, of Nikola’s future revenue. The problem? U.S. Xpress is a company with just $417 million in market cap. As of June 30, U.S. Xpress had just $1.3 million in cash on its balance sheet, with over $4.9 million in check overdrafts and $295.5 million in net long-term debt.

Hence, even if the deal is legit, it is difficult to see how U.S. Xpress can cough up $3.5 billion to pay Nikola upon delivery. As of now, Nikola has negligible revenue, compared with a $118.7 million net loss in the last six months of 2020. The company’s CEO has also recently resigned amid allegations of fraud and sexual assault.

The downward slide may not be finished, as Nikola’s market cap still stands at roughly $9 billion. If a company can’t back up its claims, it’s probably best for investors to stay away.

Many investors may be wondering how Inovio Pharmaceuticals (NASDAQ:INO) could be part of the race to find a COVID-19 vaccine and still have a market cap of just $2 billion. The mystery deepens when you consider that phase 1 interim results of Inovio’s COVID-19 vaccine candidate (INO-4800) released in June showed that 94% of participants who took it in a small trial developed immune responses. What gives?

The first problem is that despite Inovio’s research and development efforts, its experimental vaccine was not selected as part of Operation Warp Speed, the U.S. government’s program to accelerate vaccine development. Perhaps more crucially, no major government bodies have placed any orders for INO-4800. Meanwhile, Inovio’s competitors, such as Moderna (NASDAQ:MRNA), Pfizer (NYSE:PFE), and AstraZeneca (NYSE:AZN), are securing hundreds of millions of COVID-19 vaccine orders from the governments of the U.S., U.K, Canada, and European nations.

In fact, Dutch biotech CureVac (NASDAQ:CVAC) is in advanced talks with the E.U. to supply the supranational organization with 405 million doses of its vaccine candidate, despite having no phase 1 data. With the bar for COVID-19 vaccines set so low, it is peculiar that INO-4800 lacks orders. To make matters worse, the U.S. Food and Drug Administration (FDA) has placed a clinical trial halt on INO-4800’s upcoming phase 2/3 study. The company has disclosed little information regarding the reasons behind the pause.

As it turns out, Inovio has tried to develop other vaccines over the past decade, but no candidates have ever been commercialized. In its 37-year history, the company has accumulated a deficit of more than $900 million, including a $162.3 million net loss in the first six months of this year. If investors are looking for coronavirus stocks to invest in, there are much better alternatives to consider.

Shopify (NYSE:SHOP) has been at the forefront of the e-commerce revolution as retail stores quickly move online in the face of coronavirus restrictions. The company now has a 5.9% market share in the U.S. e-commerce market, trailing behind Amazon‘s (NASDAQ:AMZN) 37.3%.

During the second quarter of 2020, Shopify’s revenue grew by 97% year over year to $714.3 million. In the meantime, the total value of goods sold by its merchants more than doubled to $30.1 billion.

There is no doubt that Shopify is a top-tier business in the e-commerce sector. However, the problem lies in the company’s valuation. Shopify stock now trades for as much as 59 price-to-sales (P/S) and an astonishing 2,580 times price-to-free cash flow (P/FCF) ratio.

At this level, investors who buy Shopify stock are more than overpaying for its intrinsic value — likely for the sole purpose of selling shares to someone else at a higher price. For those who really want to open an investment in Shopify and hold it, I’d suggest waiting for the stock to cool down a bit first and look for other tech stocks in the meantime.