Docket, an online collaboration platform that helps teams run better meetings, has teamed up with Zoom Video Communications, Inc. (NASDAQ: ZM) to deliver one of the first Zapps (Zoom Apps) as a part of a new integration offering.

At their annual user conference, Zoomtopia, Zoom announced a new library of apps designed to enhance the Zoom meeting experience. Dubbed ‘Zapps,’ these apps will blend other top software platforms and tools with the Zoom desktop meeting client.

“Docket empowers Zoom users to tie meetings together from preparation to follow-through,” said Wei Li, Head of Platform and AI at Zoom. “We want to bring these platforms closer together through our new Zapp to elevate the collaboration experience and bring happiness to our customers.”

The library of Zapps is a separate addition to Zoom’s App Marketplace of third-party integrations. Docket took first-place among more than 600 app marketplace integrations in Zoom’s first ‘Whale Watch’ competition earlier this year.

“We’re excited to expand our relationship with Zoom to provide new ways for teams to seamlessly collaborate end-to-end,” said Darin Brown, CEO of Docket. “Zapps are a natural extension of our mission to improve the way people meet, and we look forward to taking advantage of this emerging technology.”

Docket plans to build a Zapp that brings important meeting resources into Zoom’s desktop meeting client. Users will be able to build and share a meeting agenda, take notes with meeting guests, assign tasks for follow-up and save attachments and resources without leaving the Zoom

Apple added an Apple Pay landing page to its regional Mexico website late on Tuesday, indicating the mobile payment system could launch in the country imminently.

Way back in March there were suggestions that Apple Pay could be coming to Mexico, after reports that some iPhone users in the country had been able to add their Banregio cards to the Wallet app, with only the verification process failing.

Cards from banks other than Banregio were not able to be added to the Wallet app on the ‌‌iPhone‌‌, suggesting ‌‌Apple Pay‌‌ in Mexico could be limited to Banregio at launch.

That’s still uncertain, since the ‌Apple Pay‌ page on Apple’s Mexican website offers no launch date and doesn’t list any banks that will integrate with the service. All it says is ‌Apple Pay‌ will be compatible with “credit and debit cards of the most important payment networks, issued by various banks,” which sounds a lot like Visa, MasterCard, and American Express.

Apple maintains a complete list of the countries where ‌‌Apple Pay‌‌ is available on its support site, and we have a detailed Apple Pay roundup with everything you need to know about Apple’s payments service.

Apple will no longer include its wired EarPod headphones in the box with its new iPhones, starting with the iPhone 12.

The company is also removing the wall charger from the iPhone’s box. Apple will include a USB-C to Lightning cable, however, which can be plugged into a computer or adapter for charging.

Apple executive Lisa Jackson announced the change Tuesday afternoon after announcing its new smartphone lineup. “It’s like removing 450,000 cars from the road per year,” she said.

It’s a major change from Apple’s history of including wired headphones with its wireless devices, going back to the iPod and continuing through to 2019’s iPhone 11. Even when Apple dropped the headphone jack from its flagship phones in 2016, the company continued including a version of its wired EarPods in the box with a lightning plug.

Those headphones won’t come in the box with this year’s iPhone, nor will a wall charger.

The move comes as Apple’s AirPods wireless earbuds have grown in popularity, becoming an increasingly critical part of the company’s product lineup. Apple’s wearables, home, and accessories category, which includes AirPods and other products like the Apple Watch, has become a highlight in Apple’s earnings reports during quarters in which iPhone sales have

After months of anticipation, Apple will finally reveal its iPhone 12 series this evening.

But just hours before the launch, an eagle-eyed fan has spotted what they believe are blurry images of the iPhone 12 on Apple’s official iCloud website.

For reference, last year’s iPhone 11 was labelled on the iCloud website as ‘iPhone12,1’.

Twitter user @AppleSWUpdates said: “Have you ever noticed those images in the iCloud or the Apple ID website?

Unfortunately, it remains unclear how @AppleSWUpdates found the icons, although it’s likely they were hidden in the code of Apple’s website.

Thankfully, there’s not long to find out what Apple has in store for us.

Its ‘Hi, Speed’ event will begin at 18:00 tonight, where Apple is likely to treat us to a host of new products.

Mirror Online will be covering tonight’s event live, so make sure you check in at 18:00 for all the latest Apple news!

LOS ANGELES, Oct. 13, 2020 /PRNewswire/ — In a time of uncertainty like Covid, millions of people struggle with the ongoing trials of financial hardships. ConsumerTrack, a leading Los Angeles-based digital media and marketing company, has seen growing demand from millions of visitors to its personal finance websites, including GOBankingRates.com. 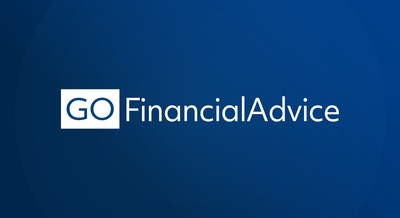 Americans seek knowledge and guidance on managing their savings, investing at the optimal time, and keeping their retirement plans on track. To help answer these critical questions and guide people in the right direction, ConsumerTrack is excited to announce the launch of GOFinancialAdvice.com. This new ConsumerTrack website will help match consumers with industry-leading financial experts, based on their individual goals and needs. With many of ConsumerTrack’s top financial banks and brands on board, GOFinancialAdvice will offer an impressive roster to inform each individual’s unique situation with the best financial guidance.

GOFinancialAdvice is creating unique content and tools for consumers to educate themselves and understand their options based on their individual financial goals.

“With GOFinancialAdvice, we have an ambitious goal of helping 1,000,000 people find the right financial guidance and goals that match their needs,” said Jeff Bartlett, President and Co-Founder of ConsumerTrack. Since there is so much unknown in our current world, ConsumerTrack hopes to alleviate the burdens of an uncertain financial future with the launch of GOFinancialAdvice.

If you have any further questions, please direct all media inquiries to: