A British-born computer whizz who died from leukaemia aged 15 has been placed on the path to sainthood during a beatification ceremony at a cathedral in Italy.

Carlo Acutis, who was born in London in 1991 to Italian parents before moving as a child to Milan, was honoured with a ceremony at the Basilica of San Francesco d’Assisi in Assisi, central Italy, on Saturday.

Despite being born to non-practicing Christian parents, Acutis became devout at a young age – asking to be taken into churches aged three. Aged 11, he used his IT skills to create websites documenting  miracles. He died in 2006.

The beatification ceremony acknowledges that Acutis has performed one miracle – decreed by Pope Francis to be the healing of a seven-year-old Brazilian boy who was cured of a pancreatic disorder in 2013 after praying to Acutis and coming into contact with a relic, in the form of a piece of his t-shirt.

Carlo Acutis, a British-born Italian who died from leukaemia aged 15 in 2006, has taken the first step towards sainthood after being beatified at the Basilica of San Francesco d’Assisi in central Italy 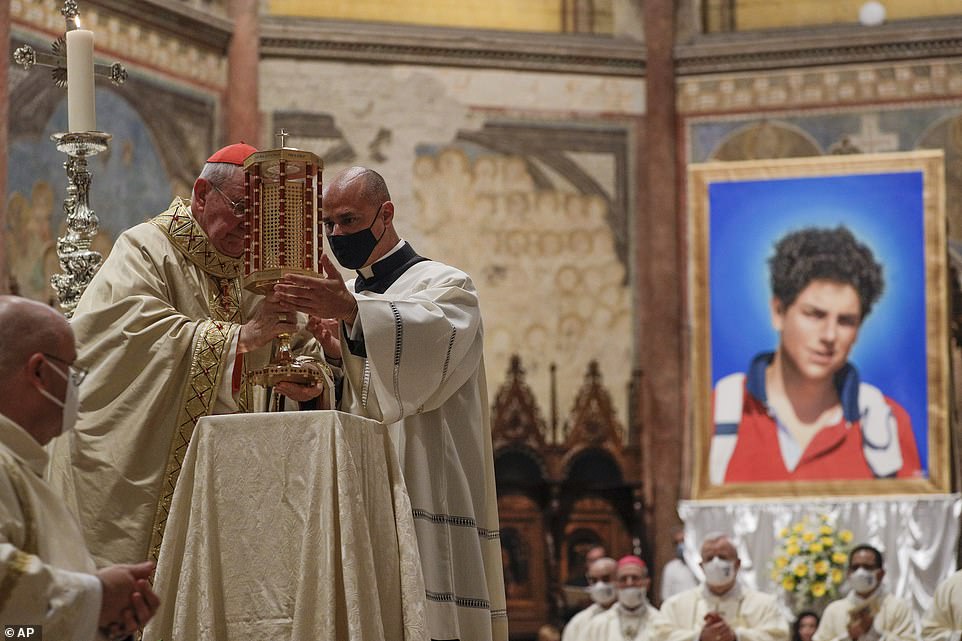 Acutis, who has been nicknamed the ‘Patron Saint of the Internet’, came to the attention of the Vatican aged 11 when he used his IT skills to program websites documenting Eucharistic miracles and Marian apparitions (pictured, a relic containing the boy’s preserved heart is placed on display during the ceremony) 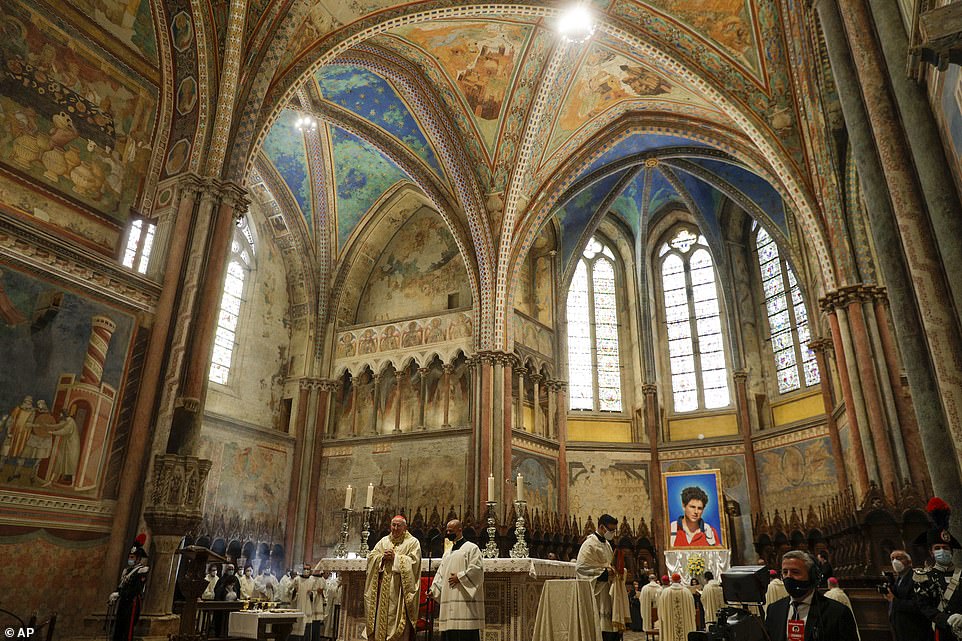 Despite being born to non-practicing parents, Acutis became devout at a young age – asking to be taken into churches aged three, and receiving the sacrament aged seven after being granted an exemption due to his age 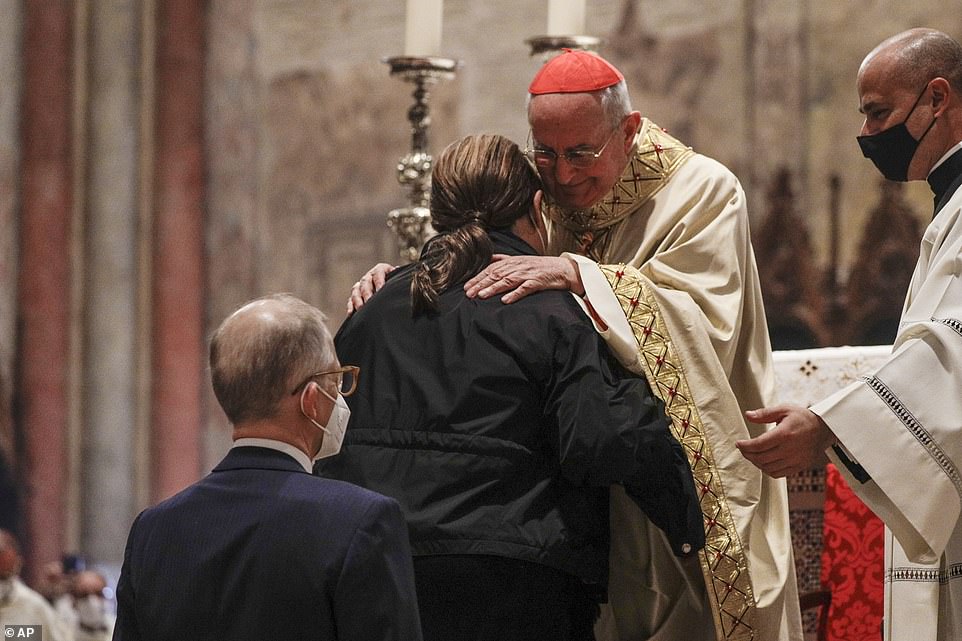 Acutis’s parents, Antonia (front) and Andrea (rear) are greeted by Cardinal Agostino Vallini during the beatification ceremony in Assisi, central Italy, on Saturday 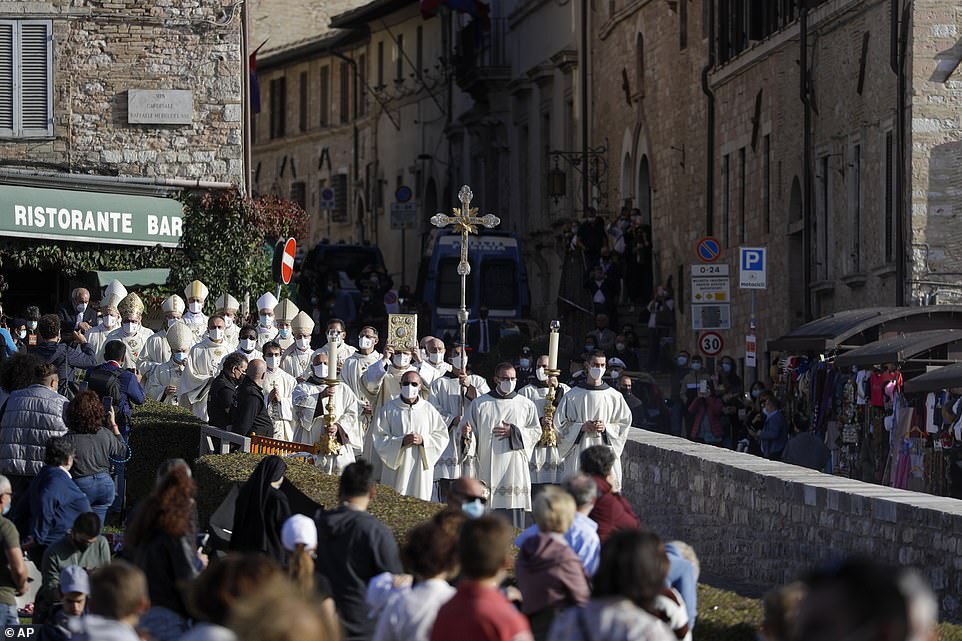