In the shadow of TikTok, China’s apps quietly hoover up downloads

While SHEIN has its origins in China it is one of the biggest shopping apps in the United States, SHAREit has been banned in India despite being massively popular elsewhere, and Likee is chasing TikTok — but desperate to avoid a similar fate.

China’s app makers are having to be agile in a world where key markets have turned hostile to their country’s tech.

They are either going under the radar in territories where the war over privacy, security and geopolitics rages — or are moving to friendlier markets to win millions of downloads.

Experts say that could signal an unstoppable rise for China’s smart and responsive tech, depending on the long-term damage that security and diplomatic squabbles may bring to the Made in China brand.

For now, the strategies of Chinese-owned platforms — quick reflexes to their customer base and aggressive social media marketing — are winning fans in unexpected places.

Fast-fashion online retailer SHEIN has deployed a legion of influencers and celebrities in the US, including singers Rita Ora and Katy Perry, to soar up the app store rankings.

The platform also advertised a Perry-curated range of affordable tees, dresses and accessories to coincide with her album launch this year.

The company now boasts one of the top five free shopping apps on Apple’s app store in the US, Australia and France, according to US-based research agency Sensor Tower.

“Many of their global users will actually be unaware that they are dealing with a Chinese company,” Hong Kong-based retail analyst Philip Wiggenraad said of such apps.

In a February post on WeChat to recruit suppliers, SHEIN said it had operations spanning more than 200 countries, with 2019 sales exceeding 20 billion yuan ($2.96 billion).

Even TikTok, battered by an ownership dispute

Spotify threatening developers over apps that transfer playlists to other services

Developers who provide the ability to transfer Spotify playlists to Apple Music, or other services, are reportedly being told their access to the Spotify SDK will be revoked.

As it continues to say Apple “threatens our collective freedoms to listen, create, and connect,” Spotify has allegedly begun notifying developers that they can no longer transfer playlists to other services. SongShift reports that it has been told to cease such transfers or risk losing access to the Spotify SDK.

“The Spotify Developer Platform Team reached out and let us know we’d need to remove transferring from their service to a competing music service or have our API access revoked due to TOS [terms of service] violation,” announced SongShift in a blog post.

“While this is not the news we wanted to hear, we respect their decision,” it continued. As of the next release, SongShift v5.1.2, Spotify transfers will end. “This update is a painful one to push out to you all. We hope to continue to be of help with all your other music transferring needs.”

Spotify has yet to comment publicly, and it is unclear why it would be enforcing this contractual condition now when its developer agreement has forbidden it since at least 2018. “Do not transfer Spotify Content… to another music service that competes with Spotify or the Spotify Service,” says Spotify’s developer agreement.

However, while SongShift appears to be the only developer to have formally announced this requirement, others seem to be preparing for it. A Google search on “Spotify Transfers,” for instance, reveals a similar notice from the TuneMyMusic service — although that same notice cannot currently be found on the company’s website.

Also, similar service FreeYourMusic said on Twitter that it will continue to do so, as “we use a different method

When Your Last $166 Vanishes: ‘Fast Fraud’ Surges on Payment Apps

Charee Mobley, who teaches middle school in Fort Worth, Texas, had just $166 to get herself and her 17-year-old daughter through the last two weeks of August.

But that money disappeared when Ms. Mobley, 37, ran into an issue with Square’s Cash App, an instant payments app that she was using in the coronavirus pandemic to pay her bills and do her banking.

After seeing an errant online shopping charge on her Cash App, Ms. Mobley called what she thought was a help line for it. But the line had been set up by someone who asked her to download some software, which then took control of the app and drained her account.

“I didn’t have gas money and I couldn’t pay my daughter’s senior dues,” Ms. Mobley said. “We basically just had to stick it out until I got paid the following week.”

In the pandemic, people have flocked to instant payment apps like Cash App, PayPal’s Venmo and Zelle as they have wanted to avoid retail bank branches and online commerce has become more ingrained. To encourage that shift, the payment apps have added services like debit cards and routing numbers so that they work more like traditional banks.

But many people are unaware of how vulnerable they can be to losses when they use these services in place of banks. Payment apps have long had fraud rates that are three to four times higher than traditional payment methods such as credit and debit cards, according to data from the security firms Sift and Chargeback Gurus.

The fraud appears to have surged in recent months as more people use the apps. At Venmo, daily users have grown by 26 percent since last year, while the number of customer reviews mentioning the words fraud or scam has risen nearly 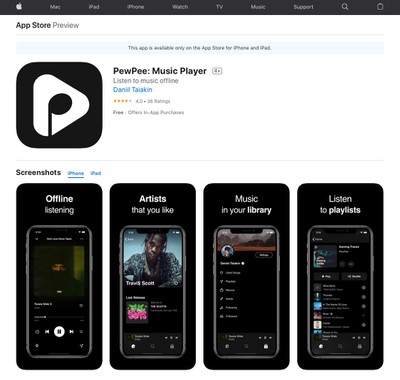