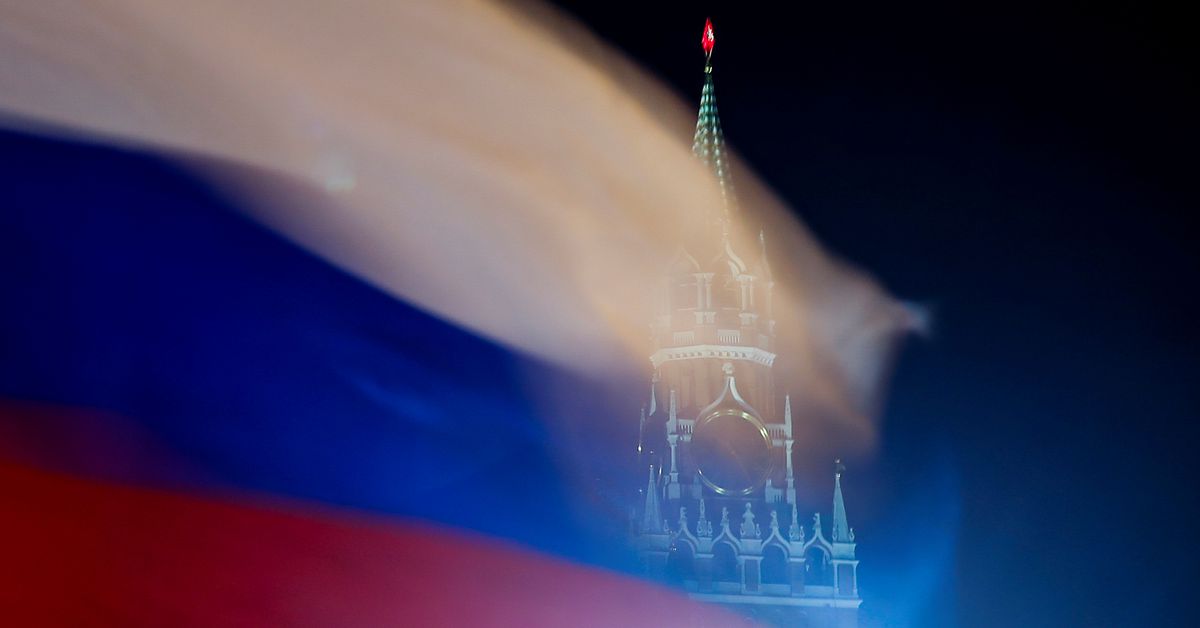 Russian flag flies with the Spasskaya Tower of Moscow’s Kremlin in the background in Moscow, Russia February 27, 2019. REUTERS/Maxim Shemetov

The move appeared aimed at tightening Moscow’s grip on a region where it claims it has taken full control. Russia-appointed authorities in parts of Kherson have said the region would start using the Russian rouble on May 1.

London-based NetBlocks said it had tracked a near-total internet blackout across Kherson region on Saturday that affected various Ukrainian providers. Connection was restored after several hours, but various metrics showed traffic was now going through Russia.

“Connectivity on the network has been routed via Russia’s internet instead of Ukrainian telecoms infrastructure and is hence likely now subject to Russian internet regulations, surveillance, and censorship,” NetBlocks said on its website.

Britain’s Ministry of Defence said on Sunday that Russian moves in the region are “likely indicative of Russian intent to exert strong political and economic influence in Kherson over the long term”.

It pointed to statements about the use of the rouble and rejections of the possibility of the region’s return to Ukrainian control.

Kirill Stremousov, the deputy head of what Russia calls the “civil-military regional administration” of Kherson, told Russia’s RIA news agency on Thursday that a four-month window when Ukraine’s hryvnia and Russia’s rouble were both in circulation would start on May 1.

Ukraine admits losing control of the majority of Kherson region, including the eponymous regional capital, but says its armed forces are beating back Russian attempts to reach the province’s boundaries.