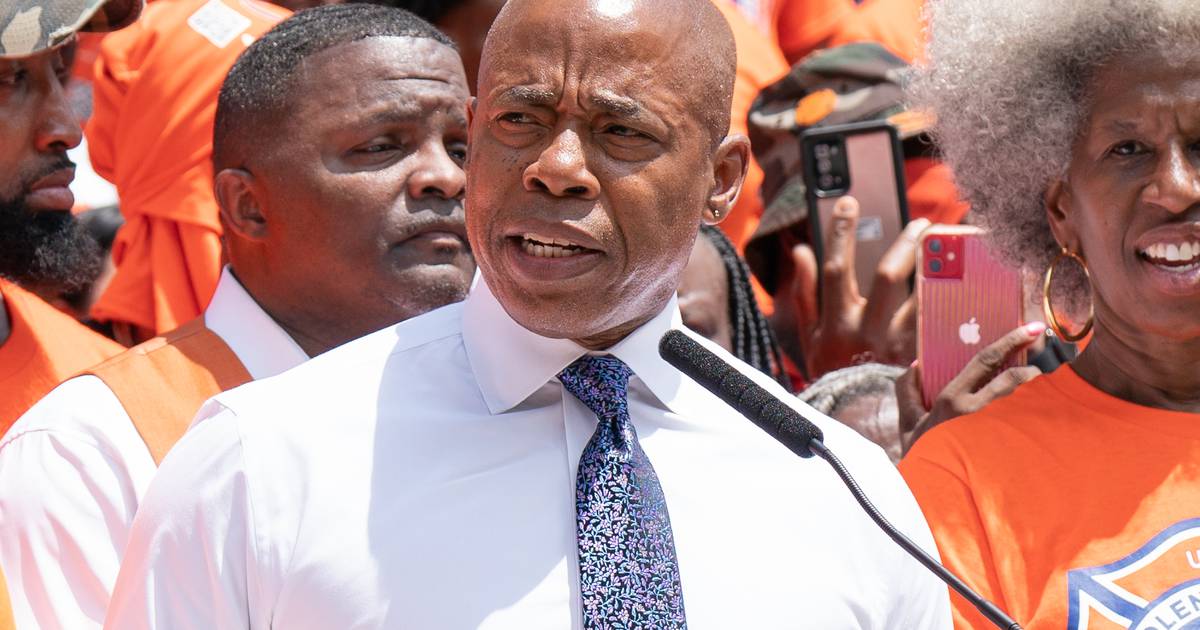 The city’s partnership with Evolv, a Massachusetts-based gun detection company, is raising hackles with one of its top competitors, whose honcho finds it “troubling” that Mayor Adams’ administration didn’t contact his company with a similar offer.

That assertion comes just days after a spokesman for the mayor said City Hall contacted “a number of companies” about gun detection technology.

Evolv has two primary competitors — CEIA USA and Patriot One.

Patriot One Technologies CEO Peter Evans said the fact that his company hasn’t been considered for a pilot is “concerning” and “troubling” and suggested the reason behind it is because Patriot doesn’t “exactly have the right connections” in City Hall.

“I don’t have any investor group who’s got a personal relationship with the mayor,” Evans told the Daily News.

The competition, Evolv Technologies, has launched two free programs with the city since Adams took office in January — one at City Hall in Manhattan and another at Jacobi Medical Center in the Bronx.

Evolv is the client of a lobbying firm Moonshot Strategies, whose CEO Jason Ortiz did work for a pro-Adams’ political action committee. That PAC accepted $750,000 from Kenneth Griffin, CEO of the Citadel investment firm, and $250,000 from Robert Granieri, founder of Jane Street Financial Services. As of last month, both of those companies held sizable investments in Evolv.

Evans told The News the Adams administration’s failure to contact them about doing a pilot program is “myopic” — especially considering public and private entities typically test out new technology from multiple firms before committing to use it.

“The mayor needs to expand his perspective and look at all the technologies,” Evans said. “I would encourage the mayor to look more broadly. There’s more than just one solution.”

Patriot One has contracts to use its gun detection devices with the U.S. Inspector General’s Office, the Kia auto manufacturer and the Moody Center in Austin, Texas, Evans noted.

He added that his sales team has attempted to contact the Adams administration but has failed to make any headway.

CEIA did not return messages.

Adams’ spokesman Fabien Levy noted both Evolv pilots came to the city free of charge and their point of contact in city government has been Phil Banks, Adams’ deputy mayor for public safety, as well as Banks’ staffers.

Last month, Levy told The News Banks and his team “contacted a number of companies” in addition to Evolv. But asked to name the companies, Levy demurred, arguing it doesn’t make sense to publicly name every company the city is doing research on. He added that if any company is chosen for a paid program, the normal procurement procedure would be followed.

Under its procurement process, the city is required to put out requests for proposals when city contracts are above certain dollar amounts, although the city can also forego the competitive bidding process in the event of an emergency like COVID, or if there’s only one contractor reasonably capable of performing a job.

While a free pilot program doesn’t trigger the city’s procurement process, experts contend pilot programs like the ones Evolv has been involved with could give a company an advantage over competitors when it comes to public relations.

John Kaehny, head of the government watchdog Reinvent Albany, called it a “brand boost” and questioned why the process of selecting Evolv for the pilot occurred at the City Hall level and not at an agency, like the NYPD.

“That suggests to everyone in government that they’re the preferred vendor right off the bat,” he said. “When City Hall gets directly involved in procurement, you have problems. You don’t want to go there because the potential for pay to play, for conflicts of interest is too high.”

Whether Evolv’s pilot program with the city gave it an edge over competitors is difficult to say. However, since Evolv’s weeklong City Hall pilot, the company’s stock showed a modest increase from $2.47 a share on May 17 to $2.82 on Monday.

Evans noted in the high-tech field he works in, investors are constantly looking for the next big thing — and that translates into a lot of pressure.

“Everybody’s looking for the unicorn,” he said. “There’s incredible pressure that comes from investors.”

“That record provides us with references few others can match,” she said.

Just days after The News ran its story on Evolv’s connections to pro-Adams donors, George appeared at the Cowen’s 50th Annual Technology, Media & Telecom Conference to talk up his tech.

“About a third of our salespeople were former police officers. In fact, the one here in New York was an NYPD cop, and he’s a really good sales guy because he understands who we’re selling to,” George said. “He has the secret handshake.”