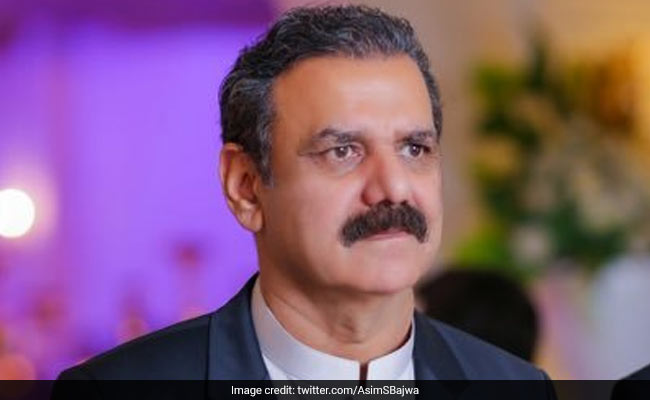 “I requested the honourable prime minister to relinquish me from the additional portfolio of SAPM on Info & broadcasting. He very kindly approved my request,” Bajwa, the former Pakistan Army spokesman who also served as Commander of the Southern Command, tweeted.

However, he would continue working as chairman of the China-Pakistan Economic Corridor (CPEC) Authority, Dawn newspaper reported.

The development comes more than a month after Bajwa submitted his resignation to Prime Minister Khan following a report on a website that alleged that he had used his offices in setting up off-shore businesses of his wife, sons and brothers.

However, Mr Khan rejected his resignation at the time and asked him to continue working as his special assistant.

The report alleged that Bajwa’s younger brothers opened their first Papa John”s pizza restaurant in 2002, the year he started working as a Lieutenant Colonel on the General Pervez Musharraf’s staff.

It claimed that his brother Nadeem Bajwa, 53, who started as a delivery driver for the pizza restaurant franchise, another three brothers, his wife Farrukh Zeba and three sons now own a business empire which set up 99 companies in four countries, including a pizza franchise with 133 restaurants worth an estimated USD 39.9 million.

The Bajwa family’s companies spent an estimated USD 52.2 million to develop their businesses and USD 14.5 million to purchase properties in the United States, according to the website report.

The report said that some of these American companies (all jointly owned by Zeba) also have investments in the real estate sector and own 13 commercial properties in the US, including two shopping centres.

Interestingly, Bajwa after joining the Cabinet declared his assets in June this year which did not mention his wife’s foreign assets.

Following the publication of the report, Opposition parties had called for Bajwa to face the allegations against him.

A newly formed alliance of 11 opposition parties – the Pakistan Democratic Movement – passed a resolution in September, saying that claims made in the news report regarding Bajwa’s assets and family business should be probed. The forum said that he should be removed as the chairman of CPEC Authority until the investigation is completed.

She demanded that Bajwa resign from his post of CPEC Authority’s chairperson and “surrender to law.”