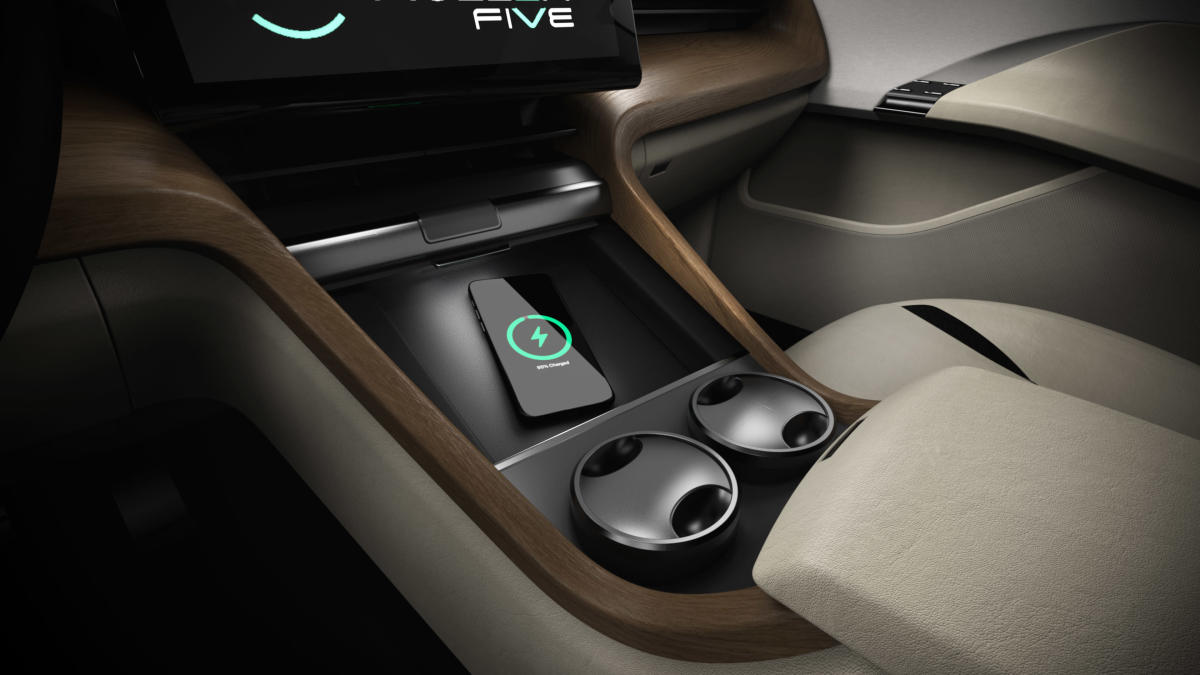 Mullen and LGG are on track with their existing partnership, which was originally started in late 2019 and subsequently sidelined in 2020 due to the COVID-19 outbreak. In recent months, the two companies have made progress and are pleased to announce they have started integration of the solid-state polymer cell technology into the vehicle pack level. Mullen has announced previously that solid-state polymer batteries are currently planned for the second generation of the Mullen FIVE EV Crossover. Data collected from solid-state cell testing shows impressive results for solid-state batteries, including potential range of 600 miles on a full charge and over 300 miles of range delivered in 18 minutes with DC fast charging.

Mullen recently announced the “Strikingly Different” U.S. Test Drive Tour, covering 19 cities across the U.S. The tour will begin this fall in Southern California and work its way throughout the U.S. Further details can be found here, or place your Mullen FIVE reservation here.

About Mullen
Mullen is a Southern California-based automotive company that owns and partners with several synergistic businesses working toward the unified goal of creating clean and scalable energy solutions. Mullen has evolved over the past decade in sync with consumers and technology trends. Today, the Company is working diligently to provide exciting EV options built entirely in the United States and made to fit perfectly into the American consumer’s life. Mullen strives to make EVs more accessible than ever by building an end-to-end ecosystem that takes care of all aspects of EV ownership.

Forward-Looking Statements
Certain statements in this press release that are not historical facts are forward-looking statements within the meaning of Section 27A of the Securities Exchange Act of 1934, as amended. Any statements contained in this press release that are not statements of historical fact may be deemed forward-looking statements. Words such as “continue,” “will,” “may,” “could,” “should,” “expect,” “expected,” “plans,” “intend,” “anticipate,” “believe,” “estimate,” “predict,” “potential” and similar expressions are intended to identify such forward-looking statements. All forward-looking statements involve significant risks and uncertainties that could cause actual results to differ materially from those expressed or implied in the forward-looking statements, many of which are generally outside the control of Mullen and are difficult to predict. Examples of such risks and uncertainties include but are not limited to whether the Company will achieve its objectives of launching its EV crossover, the FIVE, within anticipated timelines and, if so, if the FIVE will be a success; whether production of its own EV battery packs will be successful, reduce dependency on third-party suppliers or result in lower costs and increased overall quality; and whether the Company’s partnerships with ARRK, Dürr, and DSA Systems and Over the Air (OTA) will result in expediting the rollout of the FIVE. Additional examples of such risks and uncertainties include but are not limited to: (i) Mullen’s ability (or inability) to obtain additional financing in sufficient amounts or on acceptable terms when needed; (ii) Mullen’s ability to maintain existing, and secure additional, contracts with manufacturers, parts and other service providers relating to its business; (iii) Mullen’s ability to successfully expand in existing markets and enter new markets; (iv) Mullen’s ability to successfully manage and integrate any acquisitions of businesses, solutions or technologies; (v) unanticipated operating costs, transaction costs and actual or contingent liabilities; (vi) the ability to attract and retain qualified employees and key personnel; (vii) adverse effects of increased competition on Mullen’s business; (viii) changes in government licensing and regulation that may adversely affect Mullen’s business; (ix) the risk that changes in consumer behavior could adversely affect Mullen’s business; (x) Mullen’s ability to protect its intellectual property; and (xi) local, industry and general business and economic conditions. Additional factors that could cause actual results to differ materially from those expressed or implied in the forward-looking statements can be found in the most recent annual report on Form 10-K, quarterly reports on Form 10-Q and current reports on Form 8-K filed by Mullen with the Securities and Exchange Commission. Mullen anticipates that subsequent events and developments may cause its plans, intentions and expectations to change. Mullen assumes no obligation, and it specifically disclaims any intention or obligation, to update any forward-looking statements, whether as a result of new information, future events or otherwise, except as expressly required by law. Forward-looking statements speak only as of the date they are made and should not be relied upon as representing Mullen’s plans and expectations as of any subsequent date.