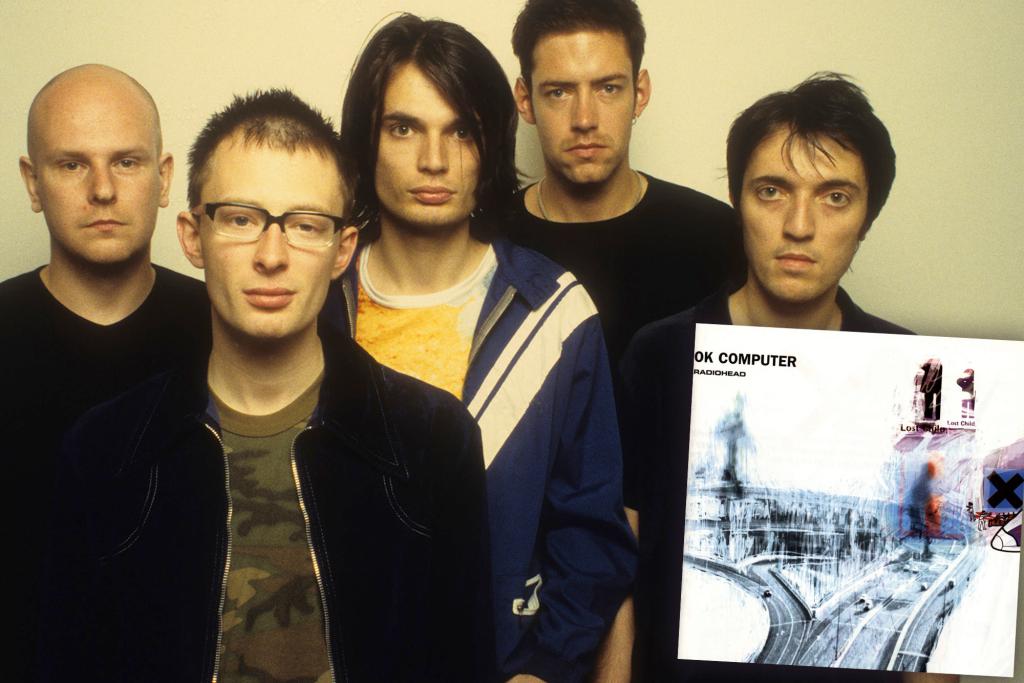 When Radiohead was making “OK Computer” — its classic album released 25 years ago, on May 21, 1997 — there was, of course, lead singer Thom Yorke fronting the band and longtime producer Nigel Godrich behind the boards.

But in the creation of what is considered their undisputed masterpiece, the English alt-rockers had a surprising secret weapon: British actress Jane Seymour. Yes, “Dr. Quinn, Medicine Woman.”

The magic of making “OK Computer” happened at Seymour’s lavish mansion in Bath, England, which Radiohead rented from the former Bond girl. “Think of Jane Seymour, a very prim and proper actress, for some reason letting a rock band into her house to run wild,” said Apple Music Radio host Matt Wilkinson, who celebrates the silver anniversary of “OK Computer” on a special episode of “Essentials Radio” available this weekend. “She was away in the US, the house is empty, and they moved in. So maybe the true hero of ‘OK Computer’ is actually Jane Seymour for letting them do that.”

Twenty-five years later, “OK Computer” — with a futuristic vision that was, in fact, way ahead of its time — stands as the crowning achievement in Radiohead’s considerable catalog. Not only is it right up there with Nirvana’s “Nevermind” as one of the very best LPs of the ’90s, it is recognized as of the greatest albums of all time, inspiring a generation of Radiohead wannabes such as Coldplay.

“I think they’re a bit like the Beatles in that way,” said James Doheny, author of “Radiohead: The Stories Behind Every Song.” “Ultimately, history is the judge, and the fact that we’re still talking about ‘OK Computer’ 25 years later is because it’s a great piece of music.”

After Radiohead experienced success with its 1992 debut single “Creep” and then its second album, 1995’s “The Bends,” the band was looking to break out from the Britpop brigade that was dominating UK music at the time.

“They didn’t like the position they were in within the music industry,” said Wilkinson. “They felt really uncomfortable with what the press was saying about them … that they were perhaps being pigeonholed.”

But Yorke got some much-needed mentorship from Michael Stipe while Radiohead was opening for R.E.M. on tour after “The Bends.” “I think all of this stuff was swirling around in Thom’s head — this kind of anger of being portrayed incorrectly,” said Wilkinson. “I think [Stipe] was probably schooling Thom on how he could cope with becoming huge.”

And that would result in Radiohead — who were working out “OK Computer” songs on that tour with R.E.M. — taking more creative control on the album. “They had the confidence to be able to say, ‘We want to record differently,’ and they’re still a young band at this point,” said Wilkinson. “The middle of the English countryside is not a place where bands normally record albums. So to go to your record label and say, ‘We don’t want to go into a normal recording studio and record a normal album’ … and then pull it off is a really amazing achievement.”

Although the album would prove to be prescient with the dawning of the internet age, the title wasn’t inspired by that. “Thom Yorke says it wasn’t specifically about computers. It’s more about the sensory overload that he was having on ‘The Bends’ tour,” said Doheny. “But obviously the computer has only increased its impact on the world and our lives since then.”

No doubt, Doheny said, “They could feel something was happening … the calm before the storm.” And, he added, that “feeling of impending doom or dread” can be heard on tracks such as “Paranoid Android.”

In fact, the album opener “Airbag” was inspired by Yorke’s own personal fears. “That is about his existential fear of dying in a car crash,” said Doheny.

The legacy of “OK Computer” has only grown over the years, turning Radiohead into immortal alt-rock gods. “Since ‘OK Computer,’ I mean, the number of Ph.D. dissertations people write about Radiohead now is amazing,” said Doheny.

And 25 years later, Wilkinson said, “It still sounds like the future.”