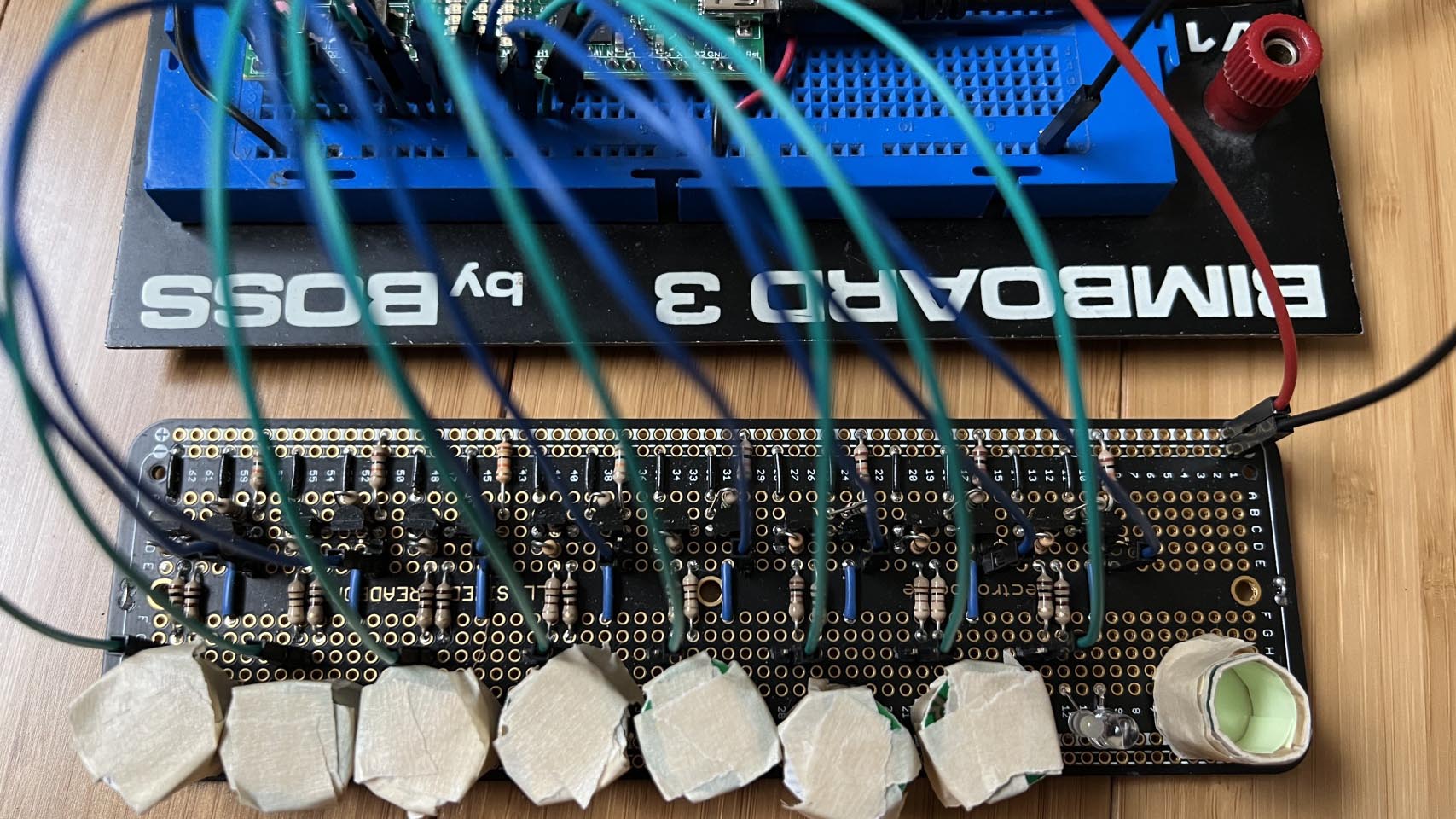 Computer memory has taken on many forms over the years, from mercury-based delay-line tubes to handwoven magnetic core. These days, volatile storage using semiconductors has become ubiquitous with computing, but what if there was a better way? [Michael Kohn] has been working on a new standard for computer memory that uses glow in the dark stickers.

Clearly we jest, however we’re still mighty impressed by the demonstration. Eight delightful star-shaped phosphorescent stickers represent eight bits of memory, totaling one byte. The glow in the dark material is stuck to the inside of short cylinders, each of which contains a white LED and a phototransistor. The memory array is wired up to an iceFUN FPGA board, which is then connected via level shifters to a Western Design Center MENSCH single board computer.

To write a ‘1’ to memory is as simple as writing to the corresponding memory address using 6502/65C816 assembly language. Using the STA command will illuminate the white LED at that memory address, in turn irradiating the glow in the dark sticker and ‘saving’ the state. Conversely, LDA at the same address will read from the phototransistor, which picks up the glow (or lack thereof) emitted from the sticker.

A refresh cycle is needed to sustain the 0s and 1s across the memory array as the phosphorescence fades, not dissimilar to modern DRAM requiring frequent recharging to maintain memory contents. The entire setup is a tangible demonstration of the fundamentals of volatile computer memory, and would make for a fun beginner project. [Michael] has more details on his website and GitHub page.

While the FPGA board has its own little set of blinkenlights, an 8-bit RGB LED array would make this project even brighter.