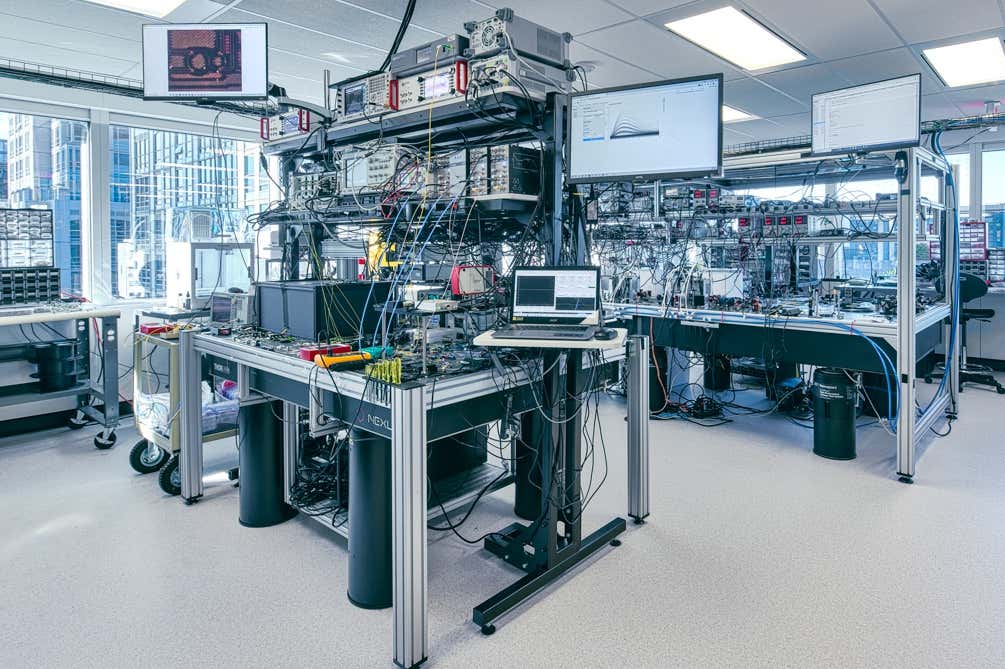 A quantum computer that encodes information in pulses of light has solved a task in 36 microseconds that would take the best supercomputer at least 9000 years to complete. The researchers behind the machine have also connected it to the internet, allowing others to program it for their own use – the first time such a powerful quantum computer has been made available to the public.

Quantum computers rely on the strange properties of quantum mechanics to theoretically perform certain calculations far more quickly than conventional computers. A long-standing goal in the field, known as quantum advantage or quantum supremacy, has been to demonstrate that quantum computers can actually beat regular machines. Google was the first to do so in 2019 with its Sycamore processor, which can solve a problem involving sampling random numbers that is essentially impossible for classical machines.

Now, Jonathan Lavoie at Xanadu Quantum Technologies in Toronto, Canada, and his colleagues have built a quantum computer called Borealis that uses particles of light, or photons, travelling through a series of fibre-optic loops to solve a problem known as boson sampling. This involves measuring the properties of a large group of entangled, or quantum-linked, photons that have been separated by beam splitters.

Boson sampling is a difficult task for ordinary computers because the complexity of the calculations drastically rises as the number of photons increases. Borealis essentially computes the answer by directly measuring the behaviour of up to 216 entangled photons.

Solving this problem isn’t particularly useful outside of establishing that quantum advantage has been achieved, but it is an important test. “By demonstrating these results using Borealis, we have validated key technologies that we need for the quantum computers of the future,” says Lavoie.

Borealis is an advance on Jiuzhang because it is a more powerful system, capable of calculating with a larger number of photons, and has a simplified architecture, says Peter Knight at Imperial College London. “We all thought that the Chinese experiment was a tour de force, but we couldn’t see that it was going to go any further because there was a limit to how much stuff you could cram onto your optical table,” he says.

Compared with Borealis, Jiuzhang uses a larger number of beam splitters to send entangled photons in lots of different directions. But Borealis takes a different approach, using loops of optical fibre to delay the passage of some photons relative to others – separating them in time, rather than space.

An added benefit of the stripped-back design is that this computer is more easily controllable, so it can also be reprogrammed remotely for people to run it with their own settings. “Borealis is the first machine capable of quantum computational advantage made publicly available to anyone with an internet connection,” says Lavoie.

People will probably begin by testing variations of boson sampling, says Knight, but, later on, it may be possible to apply Borealis to different problems. So far, no one has been able to demonstrate quantum advantage for a “useful” computational task – the random-sampling problem first tackled by Google essentially has no applications beyond demonstrating quantum advantage.

While Borealis is an impressive jump forward in scale over Jiuzhang, it falls short of being a fully programmable quantum computer like Sycamore or Zuchongzhi, says Raj Patel at the University of Oxford. This is because a component called an interferometer, which measures interference patterns to extract information from the photons, has been limited to only record certain photon interactions in an effort to get clearer readings. “To create a machine that is programmable and can tackle real-world problems, you would really want the interferometer to be fully connected,” says Patel.

Lavoie and his colleagues are now working to turn a blueprint they released last year into a scalable, fault-tolerant photonic processor built on an integrated chip, which would improve the quantum machine’s capabilities even further.

More on these topics: