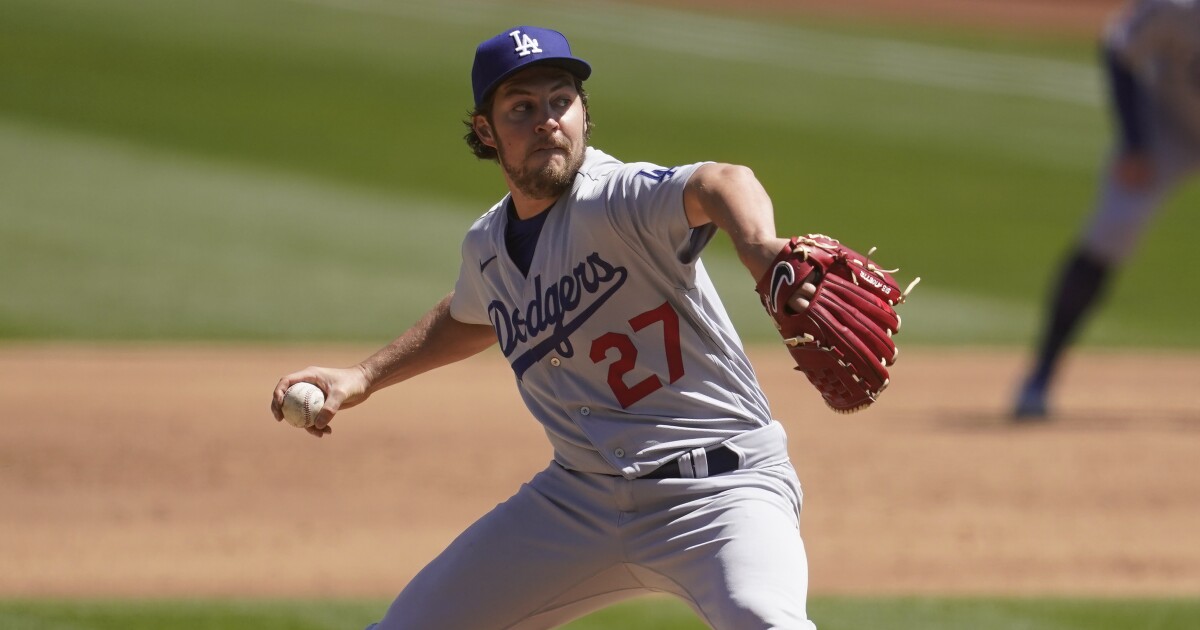 For the second time in 11 days, a website has asked a court to throw out a defamation suit filed by Dodgers pitcher Trevor Bauer.

On Friday, Deadspin asked a federal district court to toss what attorneys for the website called a “meritless defamation lawsuit [intended] to punish truthful commentary.” The Athletic also has been sued for defamation and also has filed a motion for dismissal.

In both lawsuits, Bauer alleged the websites had reported the San Diego woman who accused him of sexual assault had sustained a fractured skull, when in fact medical records submitted in pursuing a restraining order made clear doctors had only seen signs of a skull fracture.

Deadspin made a similar argument to the Athletic: one, the error was corrected; and, two, Bauer’s reputation had not been markedly harmed.

Bauer’s attorneys argued the ensuing corrections were neither prompt nor sufficient, alleging in particular that Deadspin “capitalized on a false accusation … to continue an unrelenting attack on Mr. Bauer with the purpose of humiliating him and ruining his baseball career.”

Deadspin’s attorneys also argued that the website saying the woman “didn’t consent … to have her skull fractured” reflected “rhetorical hyperbole, expressed in the opinionated, irreverent voice of Deadspin.”

According to the medical records included in the woman’s initial court filing, doctors had diagnosed her with “acute head injury” and “assault by manual strangulation.” Attorneys for Deadspin and the Athletic said Bauer’s attorneys, in filing for defamation, did not deny their client had caused injury to the woman.

Bauer has said he and the woman engaged in “consensual rough sex” and he “never assaulted her in any way, at any time.” His attorneys have contested the accuracy of the medical assessments, and Bauer has sued the woman for defamation. She has yet to file her response.

A Los Angeles Superior Court judge last year said the woman had been “materially misleading” in some of what she wrote in her initial court filing, which was the basis for her unsuccessful bid for a restraining order against Bauer.

The sexual assault allegations were reviewed by the Los Angeles County district attorney, who declined to file criminal charges against him, and by Major League Baseball, which suspended him for two years. Bauer is in the process of appealing the suspension.

In Friday’s filing, which countered a claim based on Deadspin’s allegedly errant reporting, the Deadspin attorneys also made an error.