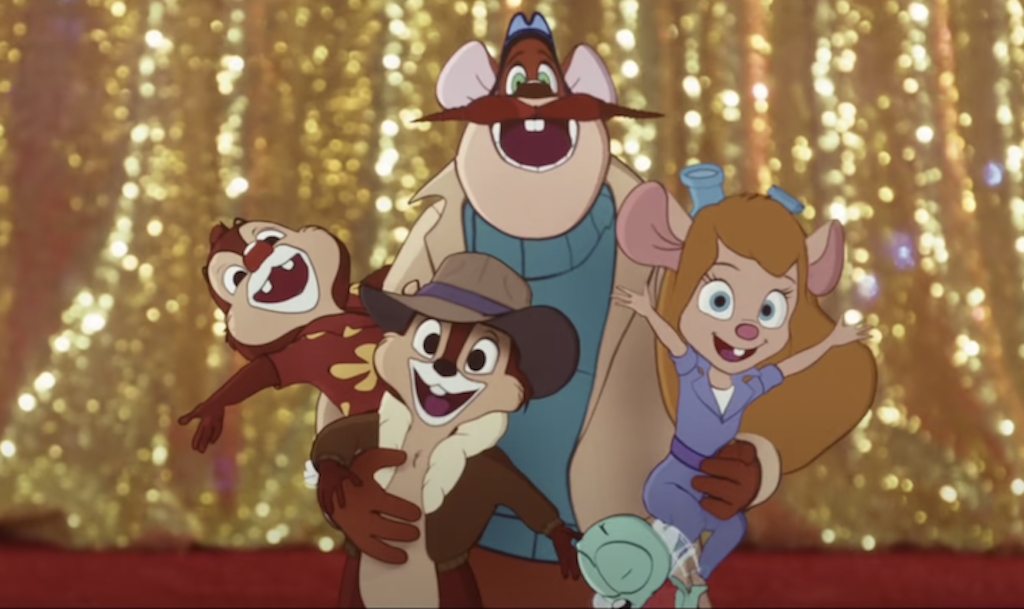 There’s a new Chip ‘n Dale: Rescue Rangers movie up on Disney+, and it’s surprisingly meta and clever and funny. Okay, maybe that’s not that surprising considering it stars John Mulaney and Andy Samberg and was directed by the latter’s Lonely Island compatriot Akiva Schaffer. One minor character — Ugly Sonic, voiced by no less than Tim Robinson — has gotten a lot of attention. So has another one, but not for the same reasons.

As caught by writer Ryan Broderick, on his newsletter Garbage Day, a lot of people on the 4chan board /co/, dedicated to comics and cartoons, are more than a little peeved with how it treats one of the late ‘80s/early ‘90s Disney Afternoon show’s main characters. That would be Gadget, the Hackwrench, the gang’s mechanic and all-around tech wizard who’s voiced, on the show and in the movie, by Tress MacNeille, aka the voice of Agnes Skinner, Lunch Lady Doris, and more on The Simpsons.

For some kids of a certain age at a certain time, the blonde-haired Gadget — who, let’s stress, is a cartoon mouse — was something of a, shall we say, epochal figure in one’s development. And, as Broderick noticed, some of them took to the anonymous message board to vent their frustration at what happens to her in the movie: She’s hooked up with Zipper, the housefly, and produced an army of mouse-bug hybrids.

Some of the posts are apoplectic. “Did they stop to consider for a second how this would affect her hoardes [sic] of loyal fans?” one 4chan user steamed. Another condemned the idea of a mouse commingling with a “filthy insect that feeds off excrement” and producing “maggot-vermin abomination offspring.”

The 4chan guys that wanted to fuck Gadget have some thoughts about the new rescue rangers movie on D+. pic.twitter.com/DZCm80N6HR

A search on the 4chan board finds still more. “It’s not even about Gadget or you f*cks, it’s about the PRINCIPLE of it,” one wrote. “She represented childhood innocence, and (((they))) corrupted that idea on purpose.” Another wrote, “Bros, how do i cope the fact that the waifu of my infancy got f*cked by a fly?”